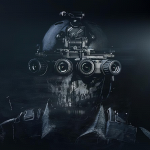 "Do what you want to do."
— The Nameless Lancer

Hello there. I am The Nameless Lancer, but you can just call me Lancer. I am a Content Moderator on this wiki. Welcome to my page. There's a lot of stuff on this page, so I hope you are able to find what you're looking for.

If you have any questions for me, then don't hesitate to ask. Ask me whatever you want, and I'll give you an honest answer.

If you think that you know me well, accept my challenge.

About The Nameless Lancer

The Story of Harold Jenkins

The stories about Harold Vladamir Jenkins, also known as The Nameless Lancer. He appears as the main protagonist in all of these stories, with the exception of "The Bleeding" and "Crimson Day". These stories are very inaccurate to Bloodborne's lore, and should not be considered canon in any way. This story takes place in the same timeline as Doctor-Plague5113's story.
The Legend of Harold Jenkins, the Nameless Lancer

Hail to the Queen

Rise of the Reapers

Return of the Lancer

The Chronicles of Deckard Kroeger

Cathedral of the Night

A Night to Remember

Night of the Hunt

The Mind of Madness

A Light in a Darkened World

The End of All Things to Come

Hail to the King

Sins of the Father

These are the stories that take place after The Story of Harold Jenkins. They follow Henriett and her two children, Jack and Lydia. I don't actually have any ideas yet.

Remastered versions of my fanfictions.
Rise of the Nameless Lancer (The Legend of Harold Jenkins Remastered)

The Betrayal: Act I

Saints & Sinners: The Accursed Ones

Stuff That I Designed

Facts about The Nameless Lancer

Things that The Lancer loves

Stuff that The Lancer dislikes

Warning: This does contain fanfiction spoilers. Read at your own risk.

The only page that I have created is:

Retrieved from "https://bloodborne.fandom.com/wiki/User:The_Nameless_Lancer?oldid=91034"
Community content is available under CC-BY-SA unless otherwise noted.