Slow Poison is a Status Effect in Bloodborne.

Slow Poison is a status effect that builds up and once triggered will deal continuous damage over 30 seconds, until cured.

The gradual HP loss is equal across all sources of Slow Poison, with exception to the one that is inflicted by the Blood-starved Beast. Below are the equations of how it works (how much health lost per second):

The following will aid in resisting Slow Poison: 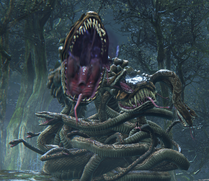 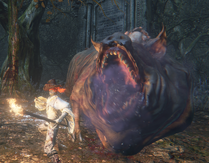 Add a photo to this gallery
Retrieved from "https://bloodborne.fandom.com/wiki/Slow_Poison?oldid=85653"
Community content is available under CC-BY-SA unless otherwise noted.