Simon's Bowblade is a Trick Weapon in The Old Hunters DLC.

Church hunter Simon despised firearms, and so the Church workshop had this specially fashioned to his liking.

The large curved blade serves as a bow when transformed.

But aside from a few close friends, Simon was scoffed at for his choice of arms, for who would dare face the beasts with a measly bow?

Simon's Bowblade is a curved sword with a flowing moveset that becomes a greatbow upon transforming it, thus making a player wield it in their left hand, with an arrow on their right. Nocking an arrow will cost a single Quicksilver Bullet.

While the weapon is quite similar to the Reiterpallasch and the Rifle Spear in terms of combat strategy, its main property is not to parry enemies mid attack, but rather to inflict a lot of damage. The weapon's transformed mode has the potential to deal the most damage per shot in terms of firearms, despite not being a firearm itself. However, this comes at the cost of expending stamina as nocking arrows consumes far more stamina than pulling a trigger. Its charged attack allows a player to nock an arrow in place longer and thus grants it higher damage. This attack will consume more stamina and the player will be stationary for a brief moment. It is advised to use this attack carefully. One can backstab from a distance with the charged bow R2.

It is of great importance to learn the range at which this weapon can be fired because just like any other firearm, the projectile quickly disappears after a certain distance. 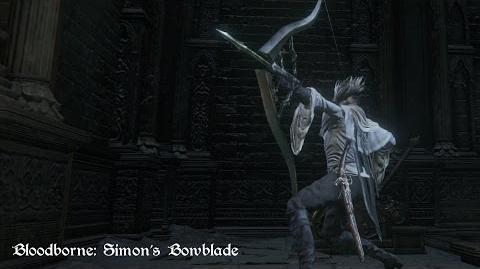 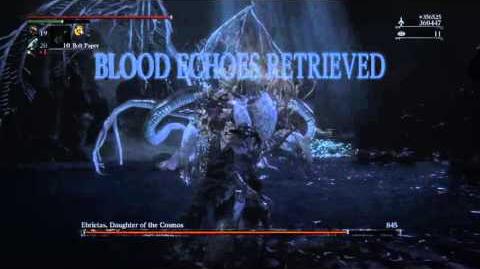 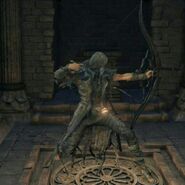