The Scourge Beast is an enemy in Bloodborne.

Scourge Beasts were once humans who, after being infected by the plague, transformed into these creatures. They are humanoid monsters with facial features of a wolf. Their bodies eventually become covered in black fur.

Scourge Beasts are known for their agility, acute senses, and a hunger for human flesh. They usually hunt in small numbers of two to three in an effort to overwhelm their prey. When night falls, the citizens of Yharnam hunt Scourge Beasts, and burn their corpses in pyres.

In Yahar'gul, when the Red Moon appears, a different, more grotesque variant of Scourge Beasts are seen. These monstrosities retain the feral, quadruped appearance but are no longer werewolf-like. Instead, they appear to be horrifying amalgamations of human flesh and sharp bones pieced together, showing a skeletal head with a ribcage which functions as a set of jaws and a mutilated leg where a tail should be, similar to The One Reborn. They have identical attacks to their regular version.

Aggressive, hard-hitting, relentless, and hardy, Scourge Beasts are the very first big threat most new players will have to deal with. These creatures can perform lightning fast attacks with their claws and jaws, pressuring new players to back away blindly with wild abandon, as the beast slowly gains in on them and might eventually combo them to death. Not to mention their tremendous speed at chasing down their prey. Aside from that they also have a fast uninterrupted sequence of clawing attacks that culminates with a powerful swing at their foes, knocking them over flying and a powerful, albeit slow and telegraphed grab attack in which they lunge at players.

Most of their attacks are so predictable however that they are one of the easiest enemies to actually parry, the true challenges in fighting against them is either their numbers, as there is rarely only one of them, and their locations, as sometimes they are found in places where players have little to no maneuverability to dodge their attacks. Scourge Beasts should be dealt one at a time, and by using quick attacks with smaller weapons, preferably those that deal Serration, such as the Saw Cleaver. Like most beast type enemies, they are quite vulnerable to fire, making Molotov Cocktails and Fire Paper combined with Oil Urns useful at lower levels when players lack upgraded weapons. 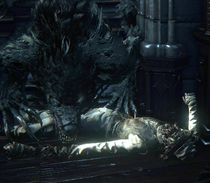 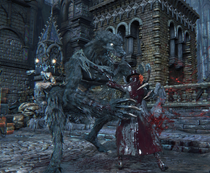 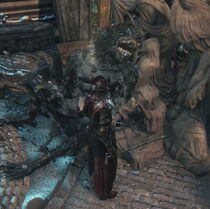 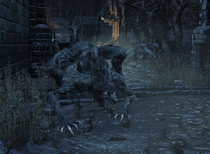 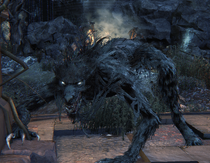 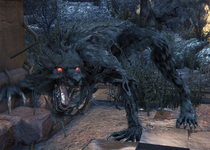 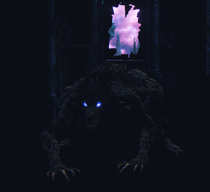 The warped Scourge Beasts of Yahar'gul. A scourge beast invading Upper Cathedral Ward after the fall of The Choir and the death of Vicar Amelia.