Queen Killer is a Co-Operator in Bloodborne.

Queen Killer is an Old Hunter NPC that will aid players against Yharnam, Pthumerian Queen.

He dons the Gold Ardeo and is half naked, save for his underwear. He wields a Logarius' Wheel, as well as a Cannon. 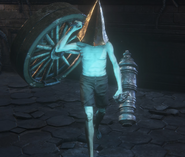 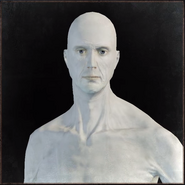 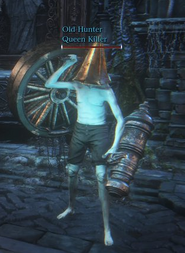 Add a photo to this gallery
Retrieved from "https://bloodborne.fandom.com/wiki/Queen_Killer?oldid=88766"
Community content is available under CC-BY-SA unless otherwise noted.