The Nightmare Apostle is an enemy in Bloodborne.

Nightmare Apostles are giant spiders that are primarily encountered in the Chapel of Mergo's Loft, though it can also be found in Chalice Dungeons, either summoned by Bell-ringing Women, with the usual reddish aura, or as normal creatures.

There is also a variant with a human head that can be found in the Chalice Dungeons; these Apostles bear a strong resemblance to Patches the Spider.

A considerably larger variant dubbed the 'Large Nightmare Apostle' is found in the Chapel. It has higher health, defenses, does more damage than its smaller relatives, and has an impressive reach with its attacks, but is confined to the inside of the Chapel due to its size.

Nightmare Apostles often hang from the ceiling and will drop down when the player gets too close. Knocking them down with ranged weapons will reduce the risk of fighting too many at once.

These enemies can be staggered easily and are flipped over by Blood damage, so they are relatively simple to eliminate. Their leg attacks do have long range and can inflict rapid damage if they manage to stunlock the player but evading behind them will leave them unable to attack.

The Giant Nightmare Apostle is identical to the smaller versions except it is stronger and inflicts more damage. Its leg attacks are capable of damaging the player through walls and have quite a long reach.

Players can make use of the Shaman Bone Blade and allow the small Nightmare Apostles to overwhelm it with numbers.

Nightmare Apostles in the Chapel 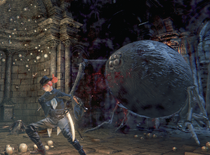 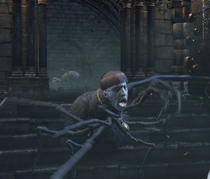 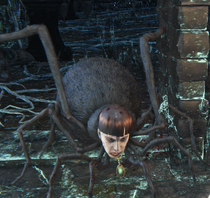 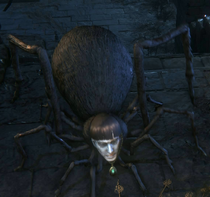 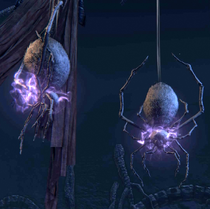 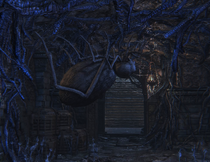 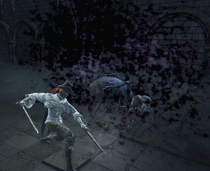 Add a photo to this gallery
Retrieved from "https://bloodborne.fandom.com/wiki/Nightmare_Apostle?oldid=88680"
Community content is available under CC-BY-SA unless otherwise noted.