Start a Wiki
The Labyrinth Watcher is an enemy in Bloodborne.

Guarding over most the Labyrinths below Yharnam, the Labyrinth Watchers make up the bulk residency of almost all of the Chalice Dungeons by a wide margin, appearing occasionally even in Loran, and Great Isz, but being definitely more present in Pthumeru, and the adjacent Hintertombs.

They exhibit elongated limbs and slender, borderline anorectic figures, with their evident lack of muscle. Despite not exhibiting any sort of genitalia, they appear to be male. Like most other Pthumerians, their faces are distorted, with eyes and mouths wide open.

There are many variants of this particular resident of the Labyrinth which are:

There is no real strategy against them. They are extremely weak and their real strength is either in numbers or in ambush, or even in both. As such, simply being alert and paying attention to the surroundings, not letting them surround you and dispatching them quickly is really the thing to keep in mind.

Perhaps the one thing to note is that they rush players mindlessly to deal a very strong blow and can stunlock players who are close with multiple hit combo attacks. 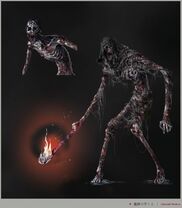 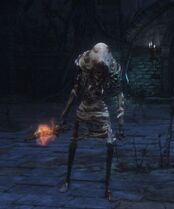 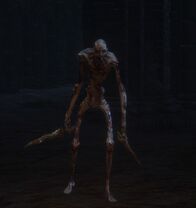 The serpentine daggers all too common to Pthumerians 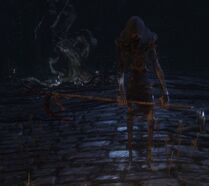 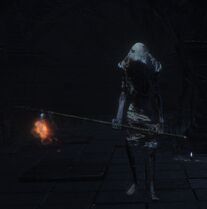 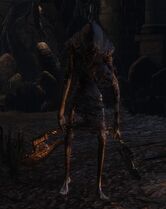 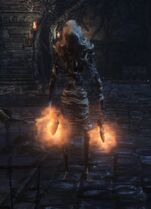 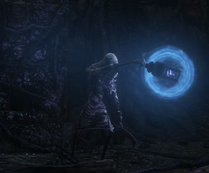 Perhaps the Church Servants' lanterns were artifacts raided from the tombs

The landtern varaint leading a small group of cleaver Watchers around 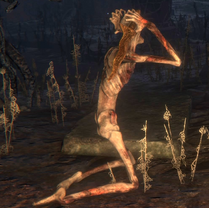 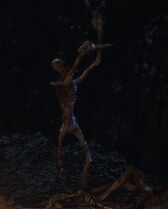 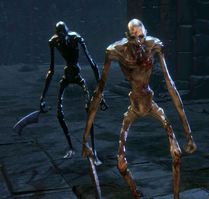 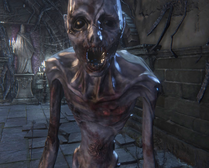 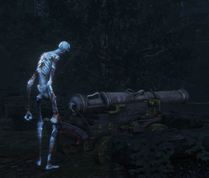 Add a photo to this gallery
Retrieved from "https://bloodborne.fandom.com/wiki/Labyrinth_Watcher?oldid=88039"
Community content is available under CC-BY-SA unless otherwise noted.