watch 03:41
Wiki Targeted (Games)
Do you like this video?
Play Sound

A Hunter is an enemy in Bloodborne.

Several hostile Hunters can be found throughout Bloodborne. A notable difference between the player character (you) and these NPC hunters is that while their reload animation for the firearms is much longer than yours, they also have infinite Quicksilver Bullets. This can become very annoying when the hunter in question is in possession of items such as the Old Hunter Bone , the Cannon, or A Call Beyond. Several miniboss-type hunters such as Djura, Yurie, and the Bloody Crow of Cainhurst are actually hunters with all their stats set to 99. 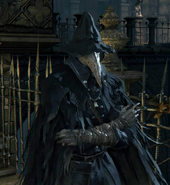 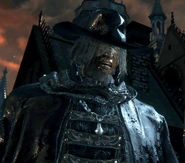 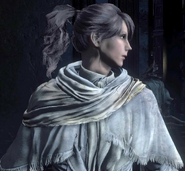 Add a photo to this gallery
Retrieved from "https://bloodborne.fandom.com/wiki/Hunter_(Enemy)?oldid=93506"
Community content is available under CC-BY-SA unless otherwise noted.