The Great Snake Ball is an enemy in Bloodborne.

True to their name, the Great Snake Ball is a gigantic conglomerate of thick, large, and poisonous snakes, taller than any man. They appear to lead the smaller Snake Balls, and will often surround themselves with them.

They populate most of the Forbidden Woods and have completely infested the area and some of their denizens.

There are three kinds of this enemy. One that stands far from the player, spitting thick, poisonous bile, this kind has only Two large heads. The second kind will simply pursue the player to bite them, this kind only has one large head. and the third kind spits out a large poisonous cloud, this kind has three large heads. They also posses similar attacks to the regular Snake Ball, such as a flurry of attacks that can stun-lock the player. Most of these attacks have a reach that is beyond almost all weapons.

These are usually not alone. They may be accompanied by smaller Snake Balls or another Great Snake Ball. Its attacks inflict poison but it can be staggered by a high damaging weapon such as Ludwig's Holy Blade. 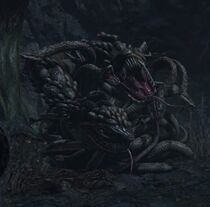 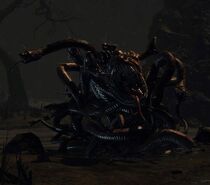 The Great Snake Ball that pursue the player to bite them, notice its one large head 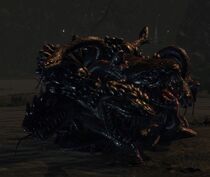 The Great Snake Ball that spits out a poisonous cloud, notice its three large head 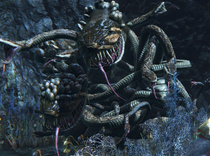 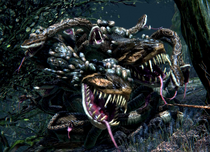 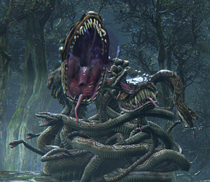 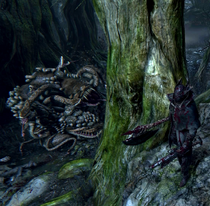 A Great Snake Ball from Bloodborne: The Death of Sleep.