The Garden of Eyes is an enemy in Bloodborne.

With an alien and insect-like appearance, these enemies are some of the most frightening in Bloodborne.

They resemble the mix between man, spider, and fly, with their large bulbous head with a tremendous amount of eyes, and what seems to be tube-like tendrils on what would be their mouths. They also have small insect wings on their backs, resembling those of butterflies with sickly pale green color. There also are, what can only be assumed to be, spider legs protruding from their backs, and they have a very large tail. They appear to wear a white, tattered, soiled tunic.

Though their appearance is quite monstrous, there are two curious things about this enemy:

The Garden of Eyes does not pose a big threat to the player. However, their grab attack can be a problem if the player is susceptible to Frenzy damage.

To avoid their grab attack, it would be enough with a quick step aside once they jump at close range. 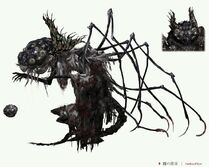 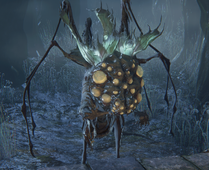 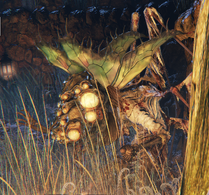 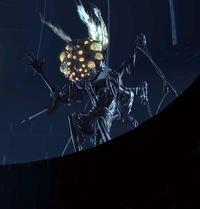 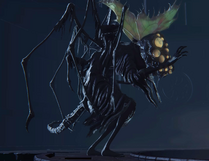 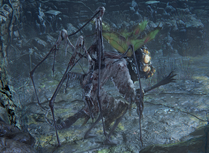 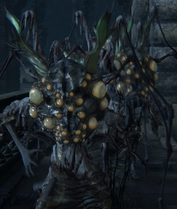 Spider idol that they hold. 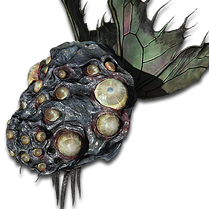