"Nothing changes, such is the nature of man..."
— Brador, Church Assassin

Brador, Church Assassin is a character in Bloodborne's The Old Hunters DLC.

Brador is a mysterious character that lies in a cell, locked away out of his own volition, ringing a soundless bell.

He has a rather imposing and intimidating tone, but in a way that does not show lack of temper. His only mission is to keep players from venturing further into the Hunter's Nightmare and uncovering secrets that are "better left alone", as he says.

He dons his own unique clothing, the Brador's Set, an attire that resembles the Foreign Set, except that it is covered with blood, has a hood and cloak that was made from a smaller Cleric Beast scalp, and gloves that are exactly like the ones from Gascoigne's Set, but bloodied.

His weapon of choice is a spiked mace, covered in blood, called the Bloodletter. Curiously enough, he also has a Ludwig's Rifle, although he never makes use of it, always preferring to use the Bloodletter's transformed state instead.

Brador was once an assassin for the Healing Church. However, after killing a compatriot, Brador wore his scalp and hid himself away in the cell where he currently resides, right after the Ludwig boss arena, in the deepest dungeon cell. This character is shrouded in mystery and it is at least certain that he knows secrets of the Healing Church which must not be unearthed.

He will invade the player throughout the Fishing Hamlet, with brutal determination.

Brador can be interacted with after defeating Ludwig. He will be resting in the deepest cell past the boss arena behind a locked door. He will ask the player if they can hear his bell, but the answer that the player chooses is irrelevant to his questline.

Upon reaching the Lighthouse Hut Lamp, players who did not kill Simon the Harrowed will find him mortally wounded at the door of the hut. From his dialogue, it is clear he has been attacked by Brador. He asks the player to redeem the hunters, and passes away, giving the player both his weapon, Simon's Bowblade, and the Underground Cell Inner Chamber Key, the means of unlocking Brador's cell.

Brador will begin invading the player in the Fishing Hamlet as they explore beyond the Lighthouse Hut Lamp. He will invade 4 times and drop a part of his set every time he is defeated. He will invade consecutively, meaning that players can be invaded a total of 4 times without dying or warping back to the Hunter's Dream.

His invasions are constant, meaning that Brador will not stop invading players in these set paths. To stop his invasions, open his cell and slay him where he stands. While in his cell, Brador will not fight back. Upon his death, he will drop his weapon of choice, the Bloodletter.

Any piece of attire that had not dropped from him will be in its specific invasion spot. It is possible to simply kill him in his cell. This ensures the player only needs to fight Brador once and his attire will still be available and can be found at his invasion zones.

Brador is a powerful opponent, capable of dealing massive damage, and withstand hits rather easily.

What makes the fight hard is the fact that he always wields the Bloodletter in its transformed blood state, which deals massive damage, while also making constant use of Lead Elixir, which turns him incredibly resistant to damage as well as essentially unstaggerable.

The Lead Elixir is also very dangerous as it means that most attacks dealt to him will just bounce off Brador making it seem like the player is striking a metal wall.

However, his strategy is fairly straightforward, raw damage and high defense. The ability to constantly dish out damage all the while being impossible to trade hits with or even find openings in his attacks, as such, all that needs to be done is to simply wait for the Lead Elixir to run out, and to make sure he never uses it again.

This will make the fight much easier, and players need not worry about healing as Brador never heals.

His set has low thrust, Fire, and Arcane resistances, as well as low Rapid and Slow poison resistances, thusly while his Lead Elixir is in effect, Poison Knives can prove effective. 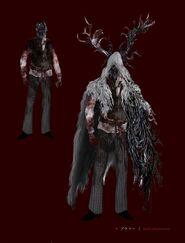 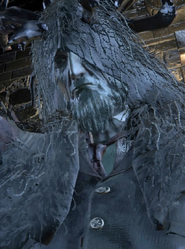 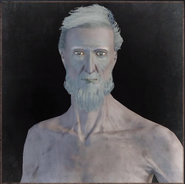 Add a photo to this gallery
Retrieved from "https://bloodborne.fandom.com/wiki/Brador,_Church_Assassin?oldid=90602"
Community content is available under CC-BY-SA unless otherwise noted.