Blood Echoes are a form of currency in Bloodborne.

If your character dies again before reclaiming lost Blood Echoes, those Blood Echoes can never be retrieved.

Blood Echoes can be used to purchase items from the Bath Messenger in the Hunter's Dream. They can also be used to level up via The Doll.

Echoes can be used to fortify and repair weapons in the Hunter's Dream as well.

Blood Echoes can be recovered in two ways. The first is by returning to where the player died. A blood stain will appear containing the echoes last held if there are no nearby enemies to absorb the echoes. Upon death, however, enemies can absorb the blood echoes if their spawn location is close enough to the player's death location.

The closest enemy to the bloodstain will absorb all previously held echoes if there are multiple enemies within the range; this is determined without account for height so enemies that spawn below and above can absorb them. Enemies carrying echoes are identified by their light-purple glowing eyes, that trace around as they move, which also signifies that they have become stronger by absorbing the blood echoes.

The following are methods to farm Blood Echoes. They are organized on a hierarchy of difficulty and progression of the game.

Equip Heir and Moon Caryll Runes if the method involves Visceral Attacks. Equip only Moon runes, if not.

This is farming that can be done without accessing the Chalice Dungeons, and is often the preferred method for a lot of players.

Farming in the Chalice Dungeons is only relevant if players have access to Depth 4 and 5 Chalices. This is because the difficulty of these Depths lies somewhere between what would be the equivalent of NG+1 and NG+6, and, as such, the total Blood Echoes payout for slaying even a regular mob, is incredibly large, and most players can farm even the most basic enemies for huge amounts of it.

The issue lies in the accessibility of said chalices. 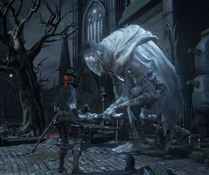 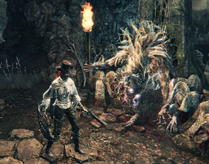 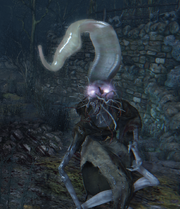