For the Caryll Rune, see Beast.

Beasts are an enemy type in Bloodborne.

Beast-type enemies are generally characterized as being hairy, werewolf-like creatures or creatures that have been fully transformed by the scourge plague. Almost all are susceptible to Fire damage and are affected by the Blood Gems that have the effect of "Atk vs beasts UP".

However, there is a distinction to be made as there are, in a way, two different types of Beasts: 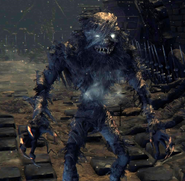 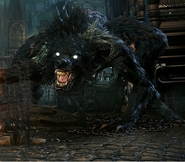 Ludwig coming to his senses and losing his beastly mind.
Community content is available under CC-BY-SA unless otherwise noted.
Advertisement