Annalise, Queen of the Vilebloods is a character in Bloodborne.

Annalise, Queen of the Vilebloods; also known as the undead queen, is the leader and only remaining member of the Cainhurst Vilebloods, the others have left or been killed by the Executioners.

She can be found at Forsaken Cainhurst Castle, in the hidden wing behind Martyr Logarius' throne, which is revealed after approaching while wearing the Crown of Illusions.

Annalise's questline is comparatively short. One must only join her covenant, which will grant you the "Respect" gesture, the Corruption Oath Rune (for Online Play), and the Cainhurst Badge.

Upon equipping the rune, any non-respawning Hunter enemy or adversary will drop a Blood Dreg upon death, and after giving her one Blood Dreg, she will give you the "Deep Respect" gesture. 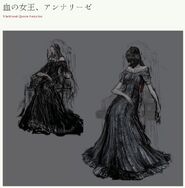 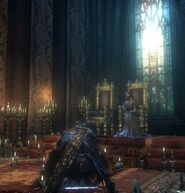 Her portraits can be seen in the dining room 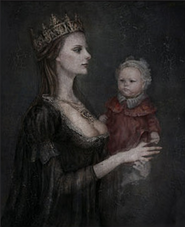 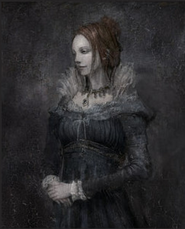 Annalise portrait
Add a photo to this gallery 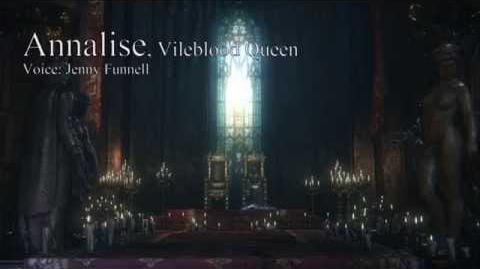 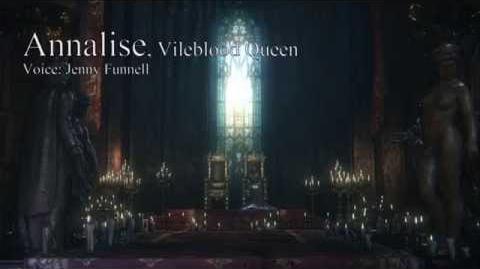 Retrieved from "https://bloodborne.fandom.com/wiki/Annalise,_Queen_of_the_Vilebloods?oldid=93201"
Community content is available under CC-BY-SA unless otherwise noted.